please dont delete my livejournal i still use it lmao

Things are pretty dumb right now. I wish I could get a grip.

The newest update to LiveJournal is the best one yet. Good job, web designers. What if LiveJournal isn't a website anymore and everyone's entries get deleted? Can they do that? Eight years of blogging down the drain. I guess I didn't really say anything of significance anyhow. Remember that feature that led you to a random LiveJournal blog in the world? Is that still a thing? I'll go look for it after this.

Anyhow, it's been quite a while, huh? I regret nothing. Yes I do, just kidding. 2014 was wild though. I spent a lot of it stressed out which probably made my skin the worst its ever been, and spent a lot of sleepless nights in front of my computer for 14+ hours working on homework related bullshit. Whatever though, that's in the past. THE FUTURE IS NOW!

In 2014 I saw New York City for the first time and discovered that I hated it and preferred upstate New York, which is astoundingly beautiful by the way. I was actually shocked to discover how magical New York City is portrayed in so many films and TV shows when its actually a cesspool of trash and traffic. My boyfriend and I took the train to Manhattan the first day I was there and upon walking above ground, my first reaction was, "Huh. It literally smells like trash everywhere." I used to think when people said that about New York it was an exaggeration, but no. It really does. It smells like absolute fucking hot garbage. Why would anyone be okay with that and choose to deal with that through the Summer? No thank you. I've also always wanted to see the East Coast during Autumn and it was just as pretty as I expected. I got a chance to see New Jersey and Boston while I was in the area.

Earlier in the year I got to see the Outer Banks in North Carolina where wild horses roam freely on the beach and take naps in the thick sand. I went with Thom's family and it was one of the best vacations I've ever had. We stayed at a house a walk away from the beach and it was so relaxing I can't even remember the last time I was so relaxed. Our days were filled with bike rides, backyard swimming, ocean swimming, eating, table pool, star gazing, ice cream, puzzles, naps, night drives, and a hot tub! I wonder if that's how rich people feel all the time? Just constantly overwhelmingly relaxed.

I think I'd like to start writing in this again. Even if it's about nothing and just pointless rambling. I haven't done that in a while and I always felt a little better when I was able to get things out of my head and sort them out in a way.

Let's say I'm meeting you for the first time as a potential employer, and I see that your eyebrows look like you took a marker to your face. That, to me, is an indication that you don't have very good judgement. Obviously, you look at yourself every day in the mirror, and for some reason unbeknownst to me you are confident that your makeup is acceptable and that it presents you as a competent person. Here's the thing though: it doesn't. You clearly can't figure out how to navigate a PENCIL, so how can I trust that you're savvy in any other aspect of...anything.

Then again, I could also take the time to get to know you and realize that judging you based on your appearance is ineffective -- but who wants to waste time doing any of that?

Currently, I am ignoring every single thing I should be doing right now. I spent four hours coming up with ways I could end it all, but I was reminded of a little thing called Toaster Strudel and everything seemed to come back into focus for a brief period. I think I'm hitting another point in my life where I'm kinda in this perpetual I-hate-everything-and-everyone-is-a-disappointment-and-no-one-makes-me-happy-and-i-need-to-buy-a-dog-as-soon-as-possible mood. 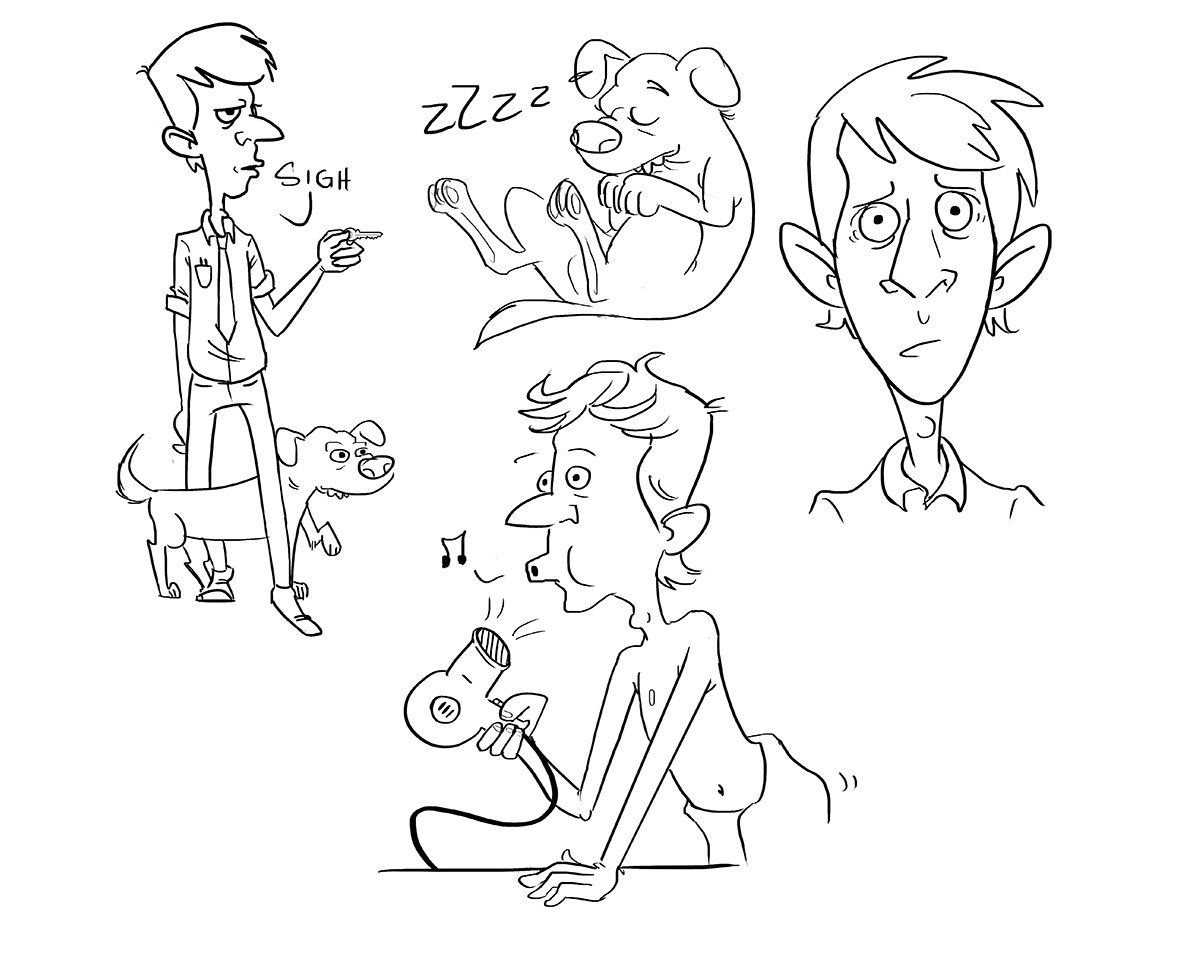 To the point where I don't know if it's a joke anymore. I'm fantasizing about killing this animal and the only cure is to shut myself away in my room and drown myself in small pleasures like The PowerPuff Girls and chocolate cake. Boo is going through heat right now. I didn't even know this was a thing that existed until I started living with this insufferable cat, but I can assure you, it's one of the most irritating things on this planet. For a little more than a week she makes the most blood-curdling meows / yowls that would make anybody in ear shot want to blow their brains out. Mostly, because she does this nonstop, all fucking day for seven to ten days. I'll consistently catch her with her butt in the air, wailing / begging somebody, ANYBODY, to fuck her. It takes every fiber of my being to not put this cat in a cardboard box, tape it up, and mail it to another state because every time I hear her or see her I just want to get as far away as I possibly can from her. Am I being insensitive? Yes. Do I have any issues with this? No. I respect that this is my roommate's cat, and that she loves this cat. But if it were up to me................................well. 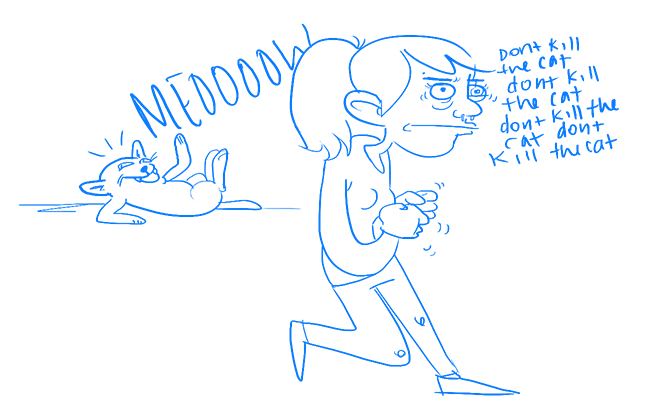 My friend Frank came over yesterday, and I was telling him about how Grace had said something to me about how you can essentially fuck your cat with a qtip and it'll feel better and not be so annoying for a little while. I was like, "Yeah, so, I mean, if you wanna fuck the cat later..hahaha!" And he was like, "Hahaha! Yeah! Let's fuck the cat!"

Then we had a moment of silence to reflect as individuals and threw the cat a few weird looks while it writhed its stupid gross body across my floor and against my belongings.

Fired on Saturday, hired on Tuesday. I think that's a new record. I keep hearing that scene in Frances Ha in the back of my mind when Benji is like, "I've been fired millions of times. It makes you cool," and I keep trying to convince myself that it's true.

I've been wanting to take a vacation by myself. Maybe New York or Seattle? Somewhere I can easily travel by bus and train obviously. My dad has that weird time share thing in every state that I'm pretty sure he's never used before. I just wanna like, sit in silence and not have anybody try to talk to me or ask me about my day I think. I keep fantasizing about this lately.

TATTOOS OF BUTTERFLIES AND KOI FISH ARE SO FUCKING DUMB LIKE THERE IS LITERALLY NO EXCEPTION AND YET THERE THEY ARE IN ASTOUNDING ABUNDANCE.

Sorry. I just had to get that off my chest. Today I was at the hospital because my mom was having surgery to have all her lady parts ripped out of her and I went to the vending machine to get some chips or something but then realized that I never EVER CARRY CASH ON ME BECAUSE CASH IS SO STUPID OR WHATEVER? and I just stood there with my head pressed against the glass staring at these bags of chips that would never be mine and I think it was the saddest moment I've had all week. 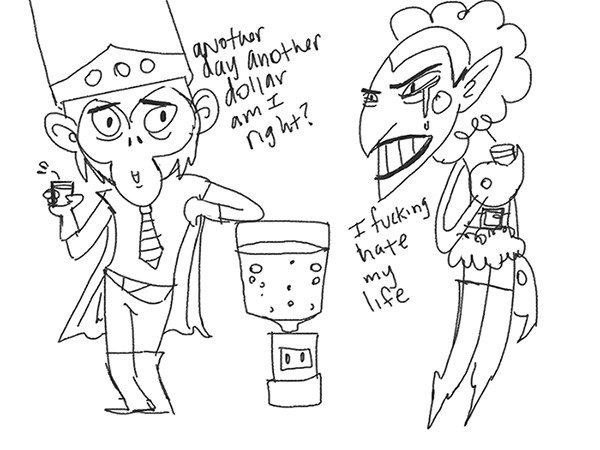 However, Tumblr erupts a thunderous agitation within me on so many occasions that it is sometimes particularly startling that something, anything, could cause me such irritation.

Tumblr activism is doing nothing but mindlessly blog (and reblog) about how unfair the world is, and then complain that privilege is blocking your success.They substitute a political cause for a personality, then cry themselves to sleep at night.

You know, but then I scroll down a little further and I get to watch a gif of a dog pushing a toddler into the mud and everything doesn’t seem that bad after all.

However, here are some things that are new:


Today I was sitting at the train station, awaiting a delayed brown line train, when a complete stranger, around my age, sat next to me and said, "HEY, WHAT'S UP? I REALLY LIKE THAT SHIRT. WHERE ARE YOU GOING?" His name is Kevin Lin and he is new to the city. He works as a derivative broker and has just signed a lease to a place in Lincoln Park. He attended Dartmouth College and is intrigued by my apparent "aloofness." People are really, really strange when you think about it, you know? Like, really. And I have to remember that I'm not as strange as I think. Maybe.

SO I got a job as a bartender. I’m laughing too, don’t worry. I made the mistake of taking a cab to the interview because, well, to be honest, it was because I was sitting in my underwear trying to crack my neighbor’s internet password. But anyhow, the cab driver, to put it mildly, was an actual retard and he ended up getting lost and overcharging me like ten dollars. So fuck him, but also fuck him again because I was thirty minutes late and I STILL got hired on the spot. I start next week. I’m nervous.

I've been trying to focus more on drawing and actually developing a style or whatever. It's going...........alright. I had a dream the other night about having to smash my dog with a shovel until he was flat.